Raised in Los Angeles, artist Andrew Hem was born during his parents’ flight from Cambodia in the Khmer Rouge genocide wake. He grew up carrying two opposite cultures – the rural one of his Khmer ancestors and the vivid urban one of the Los Angeles neighborhood he lived in. Andrew felt soon drawn by the infinite graffiti murals of his city. So from an early age, he gained good skills through graphics and composition by experimenting with some graffiti. Later he applied for and achieved a degree from the Art Center College of Design.

Through his imagery, Andrew typically depicts individual characters in their space, which doesn’t always resemble the real world. This artist’s choice enhances the illusionistic feeling of memories and dreams. His chosen color palette doesn’t usually match reality, yet he recreates through colors a natural rendering.
Hem echoes graffiti art as an allusion to street culture, art, and fashion. Andrew’s narrative style combines gouache, oil, and acrylic paint.
Still floating or staring, his characters are all framed in their spaces as if the environment froze them to highlight the individual’s essence. The bodies fill the canvas to interpret their crucial role. It’s through the backgrounds that Andrew explores the narrative details of the depicted emotions. The decisive mood is urban, whimsical, tangible, and fabled—a proper fusion of his roots. To Andrew, colors are the language of emotions. Considerably attracted to color combinations, his artworks are highly expressive of a carefully planned color scheme. 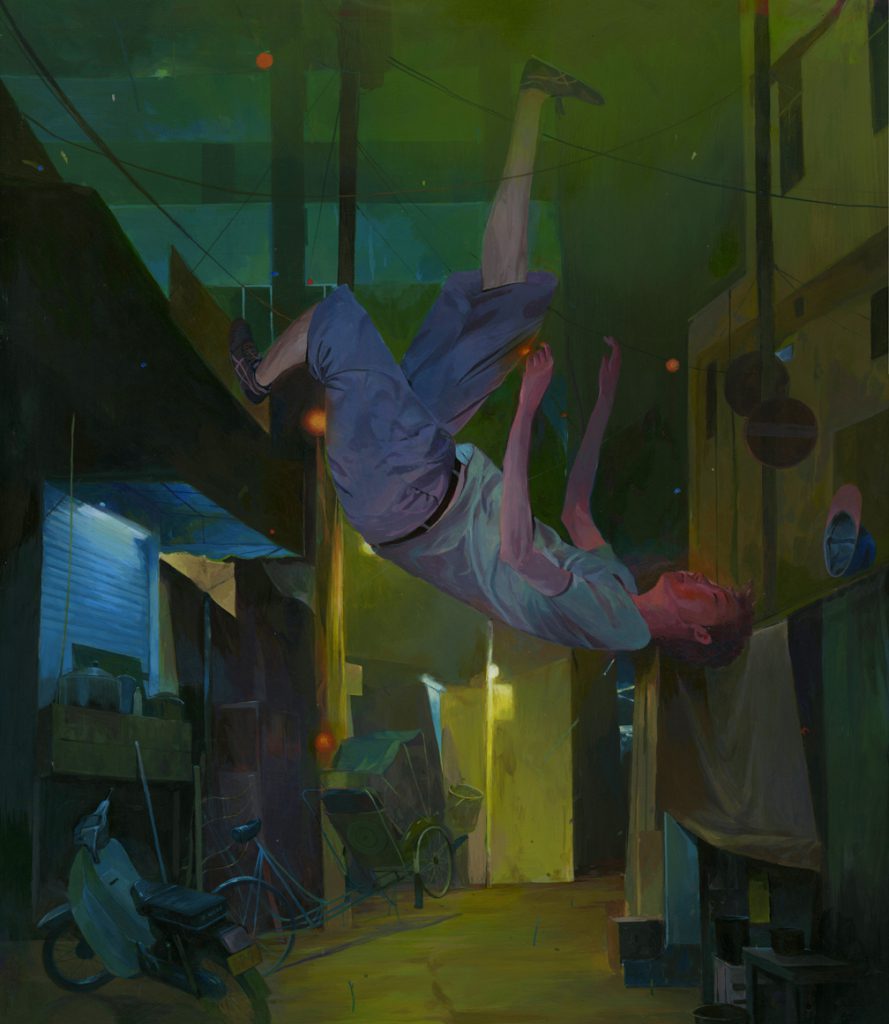 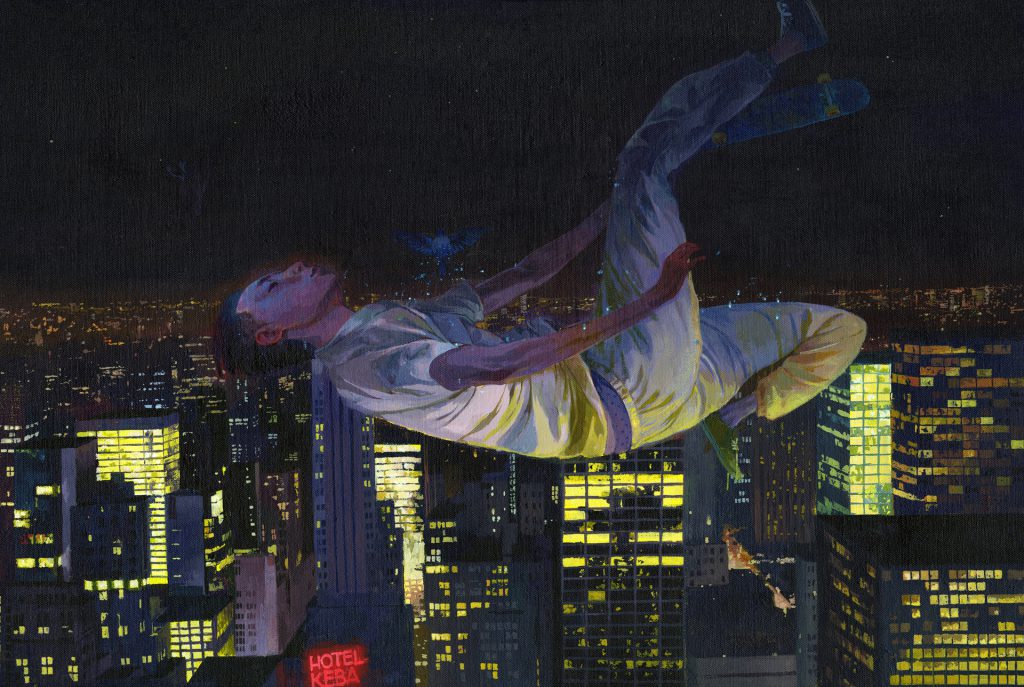 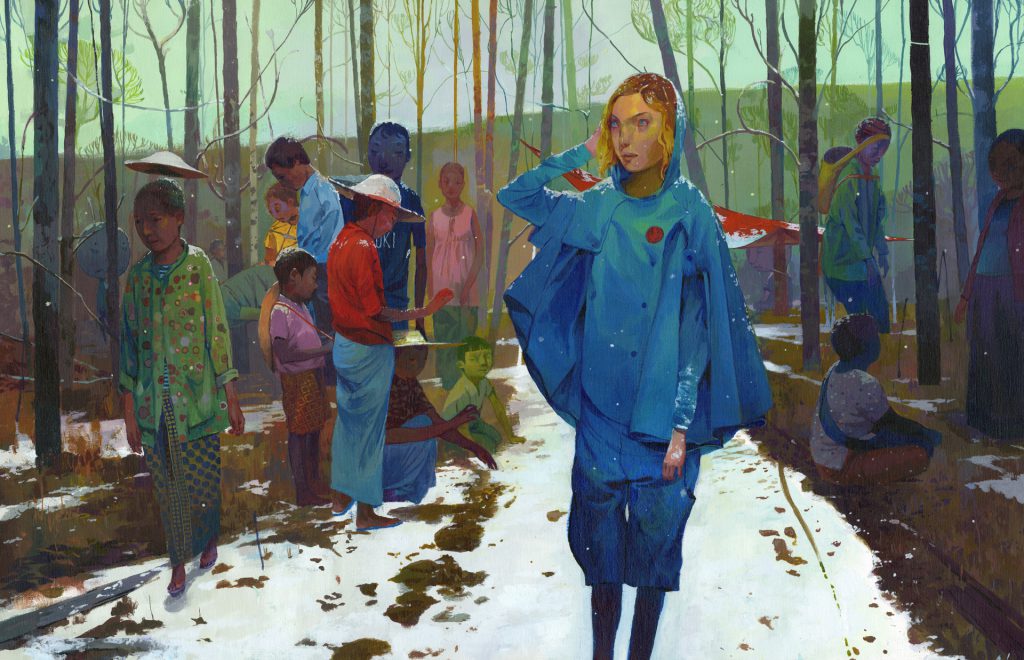 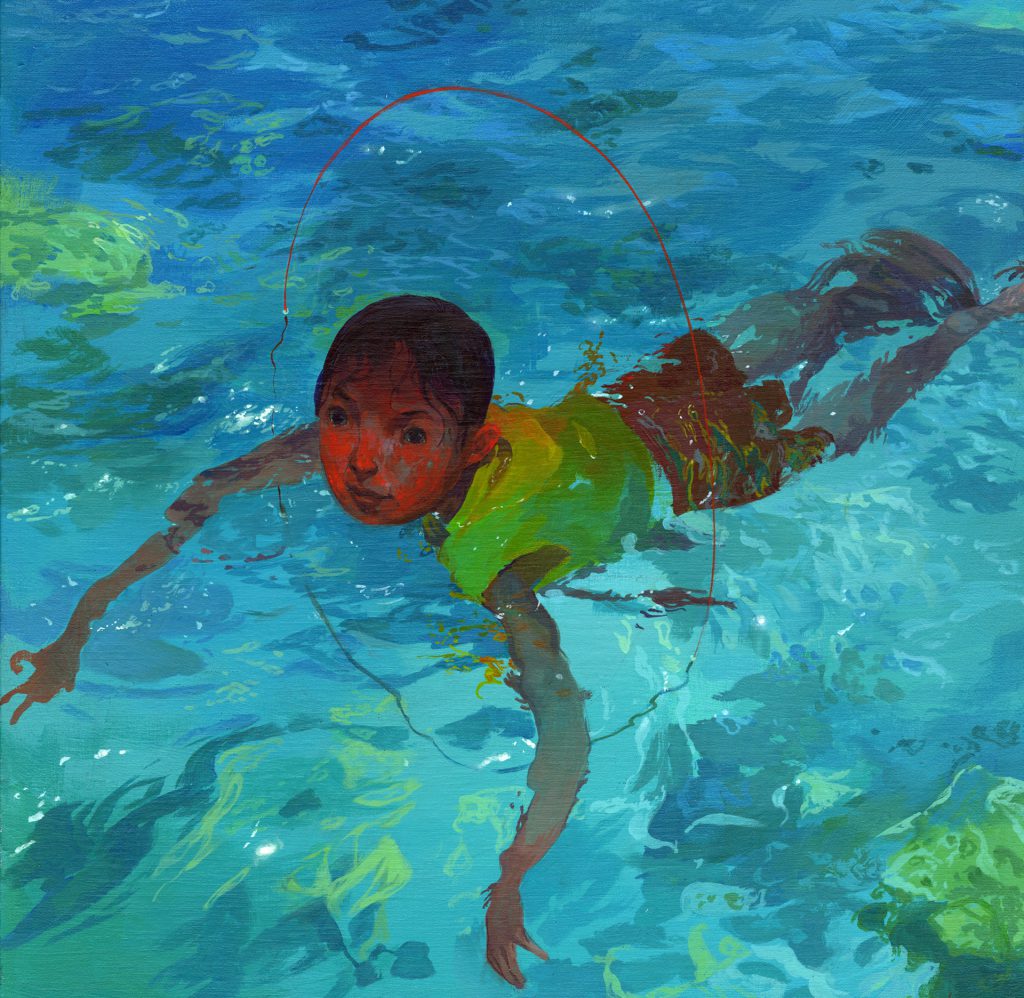 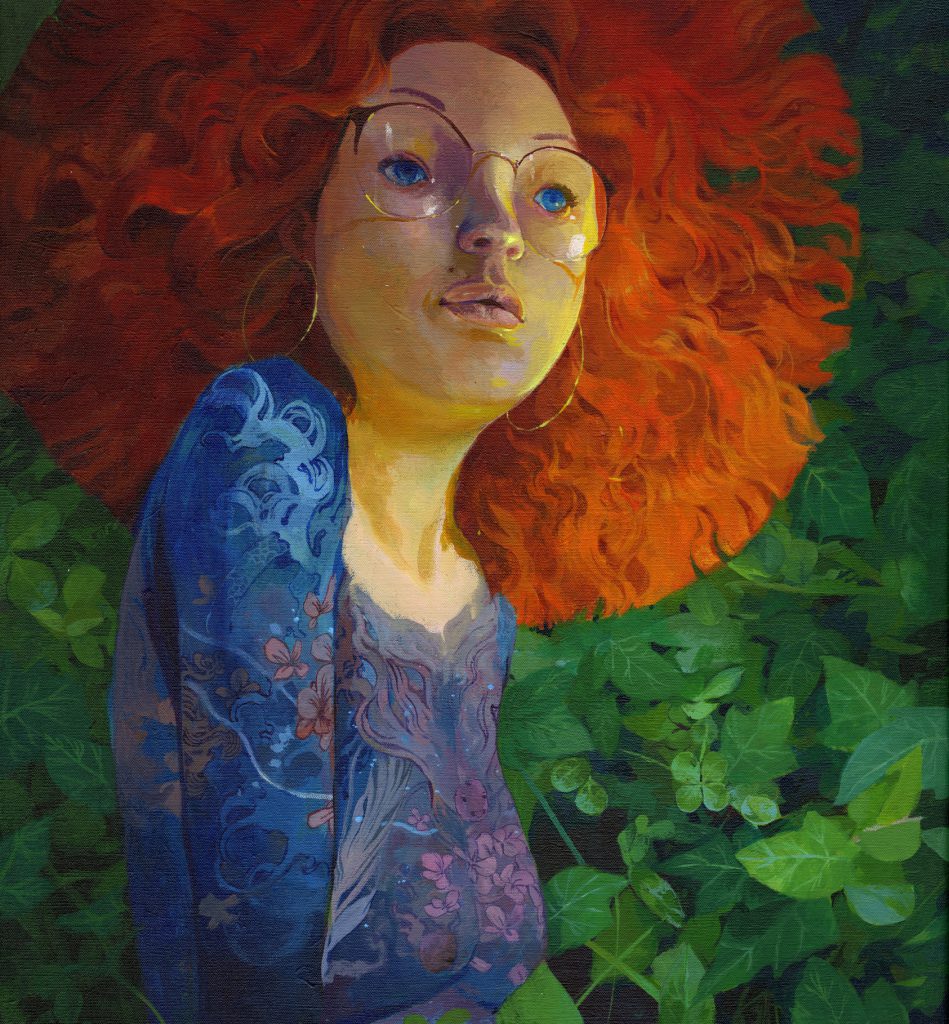 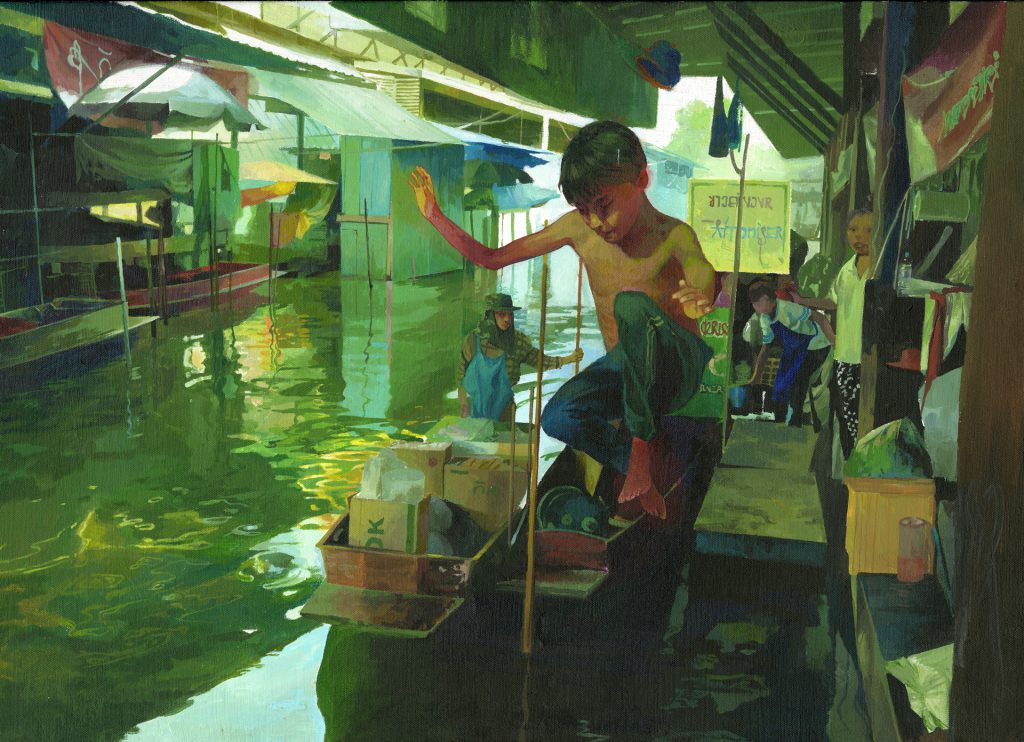 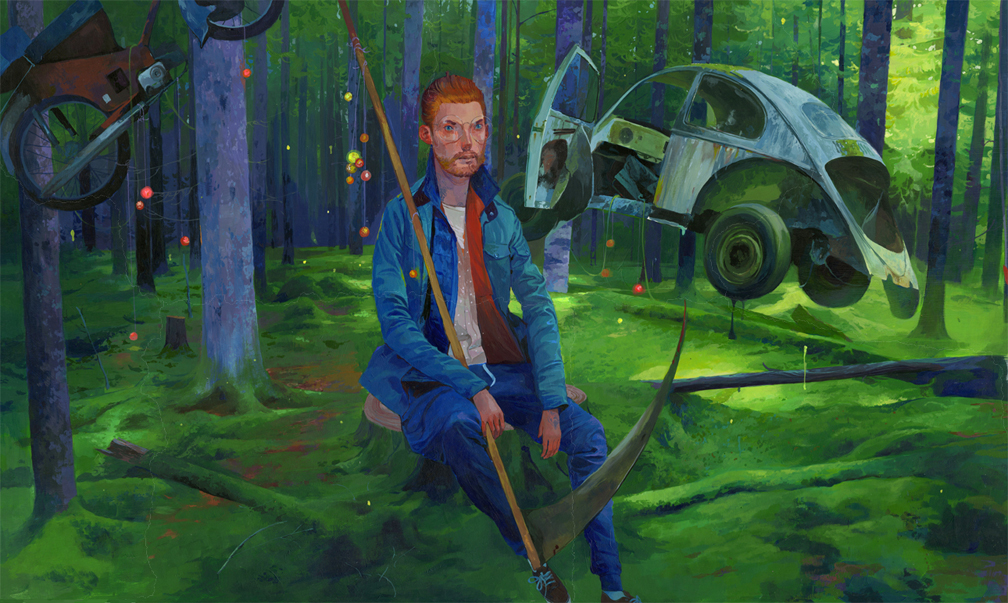 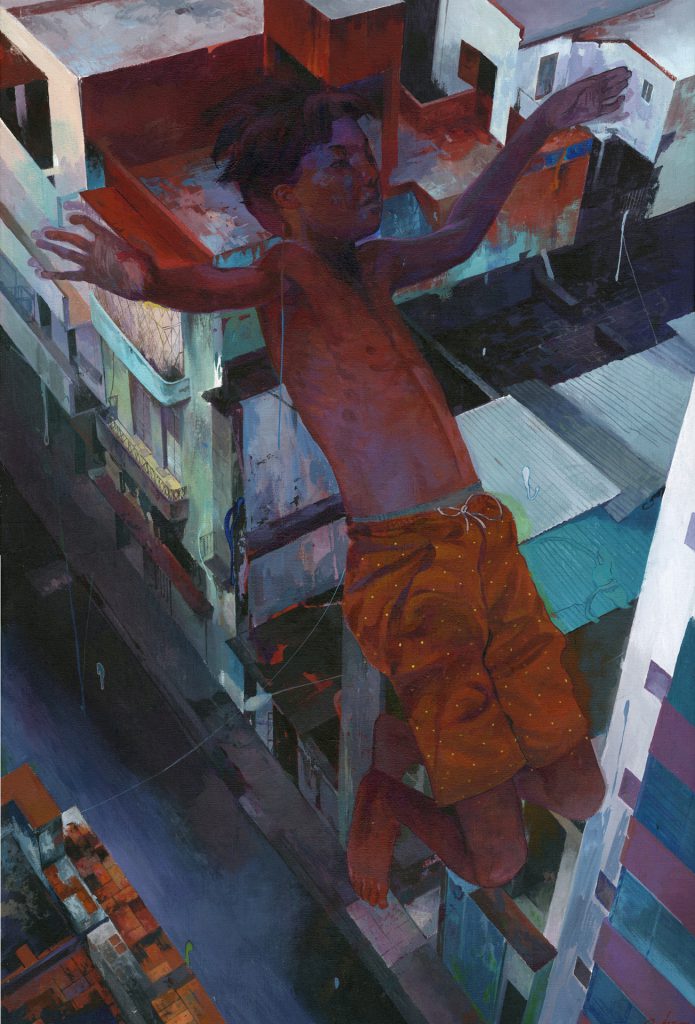 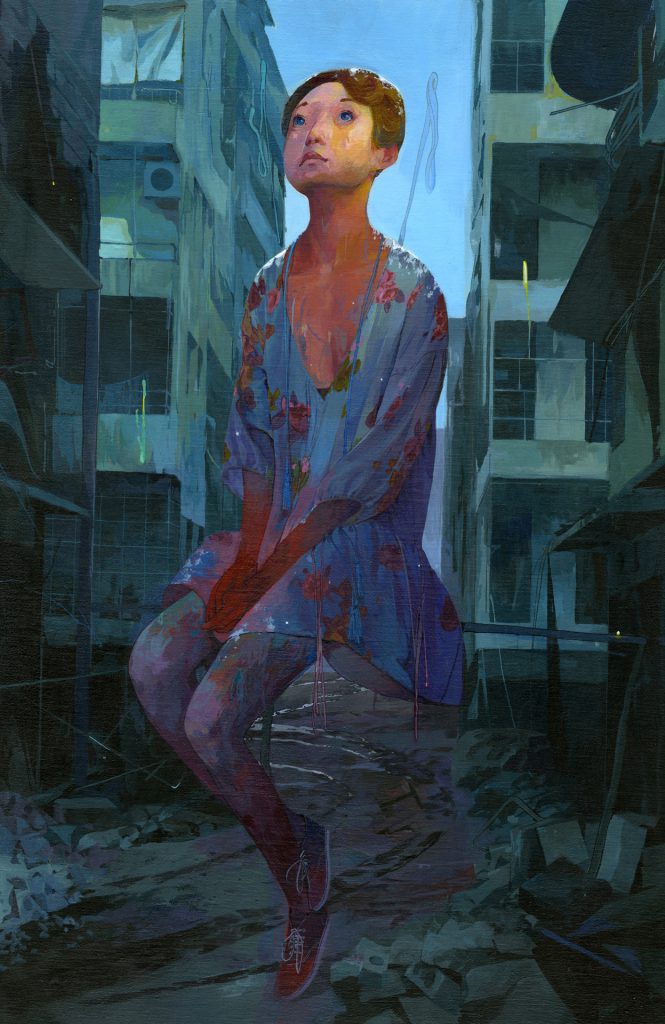 Thu Sep 8 , 2022
This installment of the Interview with an Artist features our very own Valeriia Tereshchenko aka @Shidzaku. A wonderful concept artist here at Displate, she pays homage to the neon-lit imagery of Japanese cyberpunk with her jaw-dropping limited drop series that hit our site earlier today. Come read about her creative process and how […]