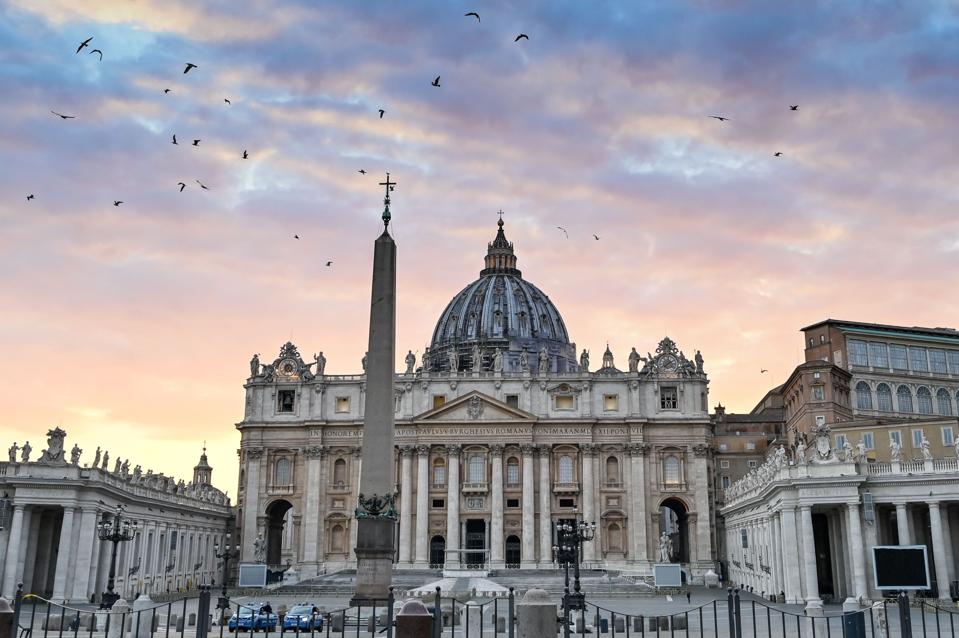 Considered to be one of the leading arts festivals of its genre, the Victoria International Arts Festival (VIAF) has drawn droves of people to our sister island’s shores during its 20-year tenure.
Dubbed as “a quiet revolution” by the Times columnist Maurice Cauchi, there was little which was silent about the inaugural concert by the Cappella Musicale Pontificia Sistina, which took place at St George’s Basilica in Victoria.
Thanks to a solid reputation on the international culture scene, this year’s VIAF was frequented by big names such as the University of Delaware Chorale, award-winning baroque ensemble Le Jardin Chorale, as well as the world-famous Martinu Quartet and Ensemble KlanzEssenz.
However, the cherry on the proverbial cake for many was the Sistina Chapel choir’s attendance. With a history that can be traced back to the first centuries of the Catholic Church and voices which have been described as nothing short of angelic, this choir is not only the oldest extant choral ensemble in the world, but it is also one of the hardest to be able to see live: this was the first time they have inaugurated a concert outside the walls of the Vatican City.
At present, the choir is made up of 20 adult choristers and 30 boy singers and the boys have the opportunity to follow their academic studies in a specialised school which is free of charge.
Led onto the altar by Massimo Palombella, who has been director of the choir since 2010, the air was thick with anticipation and expectation and sure enough all those present were not disappointed by the opening Gregorian chant Rorate, coeli, desuper, which was every bit as haunting and as beautiful as it was composed to be.
With a main focus on pieces from the 16th century by Giovanni Pierluigi da Palestrina, Orlando di Lasso and Gregorio Allegri, the choir effortlessly floated through its repertoire.
This was the first time they inaugurated a concert outside the walls of the Vatican City
By the time its singers got to Allegri’s masterpiece Miserere, an emotive adaptation of Psalm 51 pleading for divine mercy which is usually sung on Holy Wednesday and Good Friday, much of the audience looked on in stunned silence at the skill with which the choir was able to remain distinct in its voices, yet united in sound.
Equally moving were Palestrina’s opening lines for Adoramus, Te, where Christ is addressed directly in three short and almost chordal phrases.
Despite the fact that each voice moves by very few notes, all three lines reach the same sombre plagal cadence which is extremely fitting given the fact that the author is thanking Christ for redeeming the world.
Another favourite of the night was Tu es Petrus, also by Palestrina and based on the words found in the book of Matthew.
Antiphonal in the way the song is constructed, Tu es Petrus is a song of gleeful praise where singers are pushed to find a balance between showing the necessary exuberance and joy which such a piece requires while doing so in a holy and calm setting. It is considered by many to be Palestrina at his finest and most refined.
Much to the pleasure of many of those present in the packed church, the performance – which took just under an hour – did not end with the final song shown in the programme.
There was a particularly beautiful moment when Mgr Palombella invited the Laudate Pueri choir of St George’s Basilica to sing with them as a massed choir. In addition to this, history was further made when Mgr Palombella passed on his conducting baton to local conductor Rev. George Frendo for the last song.
The Victoria International Arts Festival does not only offer a beautiful opportunity for the Maltese to be exposed to world class acts right on their doorstep but also provides people with once-in-a-lifetime opportunities to see choristers like the ones of Cappella Musicale Pontifica ‘Sistina’.
Such experiences like the one I had should only be publically encouraged but also heavily endorsed. I truly can’t wait to see what this wonderful team of dedicated culture and art lovers have in store for all of us next year.
Independent journalism costs money. Support Times of Malta for the price of a coffee.

Tue Apr 13 , 2021
Digital Art Photography menggunakan Facebook. Forum. Except to the extent set out in paragraph (d) beneath, you and we comply with undergo the unique jurisdiction of the Irish courts in respect of any dispute or declare that arises out of or in reference to these Terms or their operation, interpretation […]