The sword was created for the first time in the Bronze Age. Relics of the sword made of copper was found at an archaeological site in Pakistan.

By the Middle Ages , iron and steel swords were mass produced and used in warfare. Soldiers are trained in sword skills to be ready for battle

Before high-powered firearms and artillery, combat was fought head-to-head. In those days, royal generals, kings, and emperors had personal swords made by the best swordsmiths.

Tomoyuki Yamashita was a general of the Empire of Japan during World War II . The “Malayan Tiger” became famous after occupying Malaya and Singapore, which were still British colonies. After the war, Yamashita was tried for war crimes related to the Manila Massacre and a number of other crimes in the Philippines and Singapore. The controversial trial led to Yamashita’s death sentence.

The case changed the rules in the United States (US) regarding the responsibility for war crimes, thus giving birth to a law called the Yamashita Standard. During his military career, Yamashita owned a personal sword that was made by renowned swordsmith Fujiwara Kanenaga between 1640 and 1680. The hilt was remade in the 1900s.

On September 2, 1945, the swords of the Samurai and their troops were handed over by Yamashita to the US. The sword was brought by General MacArthur and donated to the West Point Military Museum where it is today.

The Baekje dynasty was an ancient kingdom domiciled in southwest Korea. At its peak in the 4th Century, Baekje controlled colonies in China and almost all of the Korean Peninsula. Along with Goguryeo and Silla, Baekje is one of the Three Kingdoms of Korea. In 382, ​​King Geungchogo paid tribute to the Eastern Jin and the Seven-Eyed Sword was thought to have been created as a gift to the king.

The weapon is 74.9 centimeters long with 6 branches along the main body with a length of 65.5 centimeters. The sword was made for ceremonial purposes, not for war.

In 1870, a Shinto monk named Masamoto Kan found two engravings on the Seven-Eyed Sword. One of them reads “On the day of the 16th day of the 7th month of the 4th year of the Taiwa period, the sword is made of steel strengthened 100 times. The use of this sword warded off 100 enemy troops. Worthy of a polite king.”

There were many statements imprinted on the sword. The most controversial is the mention of King Wa submitting to the ruler of Baekje. The sword became a historically important link that shows the links between East Asian countries at that time. The unique weapon is now housed in the Isonokami Shrine in Nara Prefecture, Japan, and is not on display to the public. You must to know Chinese Sword and, you can visit this website shinken-sword.com

In 1799, Napoleon Bonaparte became the military and political leader of France in a coup. Five years later, the French senate made him Emperor of France. During the early decades of the 19th Century, Napoleon and the French Empire were embroiled in wars and conflicts with all the major European powers. Victory after victory gave France a dominant position over continental Europe.

As history repeats itself, in 1812, France began an invasion of Russia and that decision was a turning point for Napoleon. In 1814, the 6th Coalition invaded France. Napoleon was captured and exiled to the island of Elba. He managed to escape, but eventually died in prison on the island of Saint Helena.

Historians view Napoleon as a military genius and an important contribution to the art of warfare. On the battlefield, Napoleon carried a gun and a war blade. It has a lot of weapons and artillery. The weapons are second to none and use the finest materials.

In the summer of 2007, a gold-encrusted sword that once belonged to Napoleon was auctioned in France for $6.4 million. The sword was once used in battle. In the early 1800s, Napoleon presented the gun to his brother as a wedding gift. The sword was then passed on from generation to generation and never left the Bonaparte family until it was finally declared the property of the French nation in 1978.

Zulfiqar is a sword belonging to the Prophet Muhammad which was bequeathed to his cousin and son-in-law Ali.

According to some historical accounts, Prophet Muhammad gave Zulfiqar to Ali during the Battle of Uhud. The prize was given because the Prophet Muhammad was impressed with Ali’s abilities on the battlefield.

Zulfiqar is a scimitar , i.e. a West Asian or South Asian scimitar .

It is said that Ali used the sword in the siege of Medina. At that time, Ali and the Islamic troops built trenches to protect Medina from his larger number of opponents. There are several different images of the famous scimitar . Some parties explain, the weapon has two parallel blades as if emphasizing mystical abilities and speed.

Others have described the sword as a separate V-shaped blade. According to Shia tradition, the sword exists today as the property of Imam Muhammad al-Mahdi, as part of the famous collection of al-Jafr.

Al-Jafr itself is a Shia book consisting of two leather boxes containing the most important relics from the time of Muhammad and Ali. Today, the sword is a silent witness to the life of the Prophet Muhammad and the history of Islam. 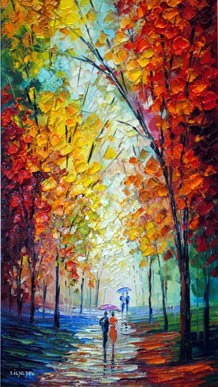