Elmo Hood (b.1989) is a British contemporary artist living in Brisbane, Australia. As a self-taught, his unconventional technique is a manifestation of his creative intuition and workflow. Elmo’s specialties are collages using play cards – something relatively new until 2013 when he became viral with a collage piece he created out of two play cards. That artwork opened his doors to various international exhibitions and a firm celebrity fan base. 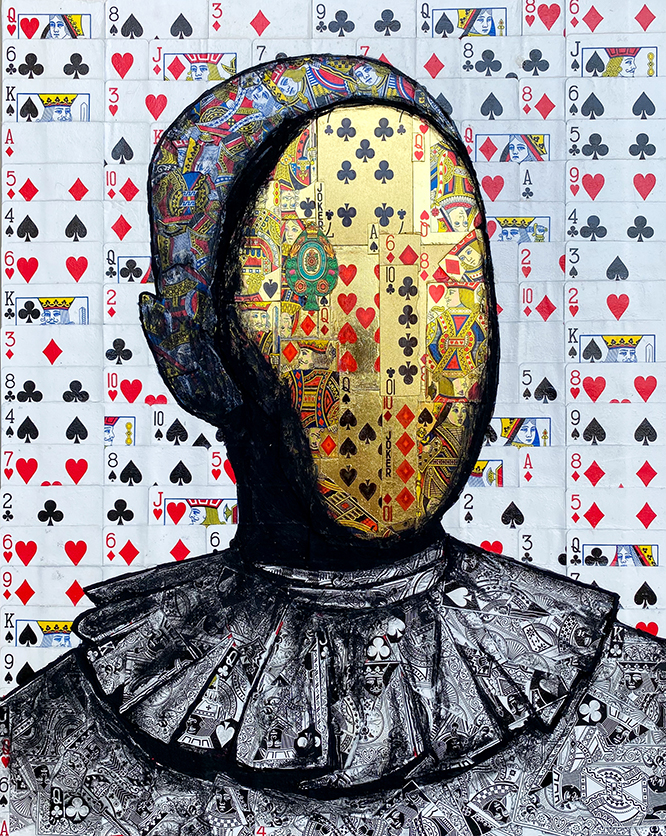 By cropping, shaping, and burning the cards, he aims to represent human feelings and often stretches the references to philosophy and the paranormal. His work is now best depicted as a fuse between pop art and mixed media as he uses a variety of materials and different techniques to achieve his compositions.

The chosen play cards always guide Elmo’s color palette, but he also uses darker tones to define outlines and other shades. Indeed, a figure will pop out of a juxtaposition of cards. Sometimes a King or a Queen, sometimes Batman or an octopus. Aside from the figurative subjects, Hood wants to attract the viewer through several routes, such as curiosity, surprise, engagement, and feelings. 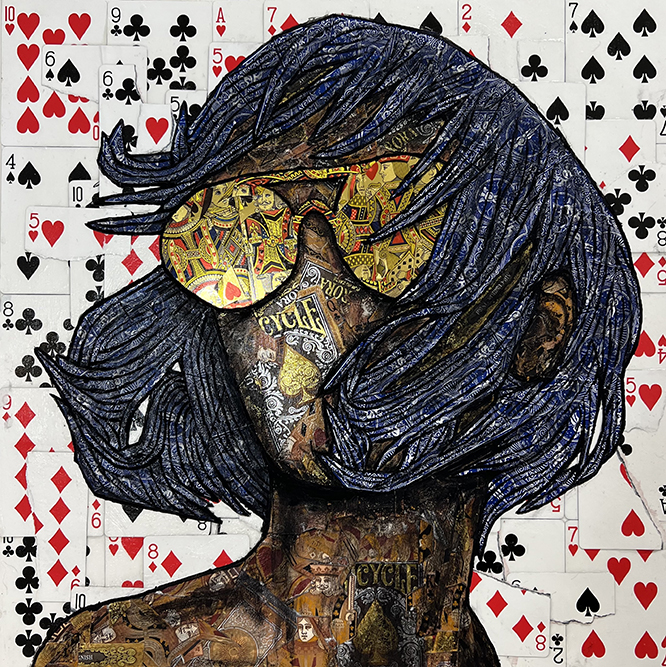 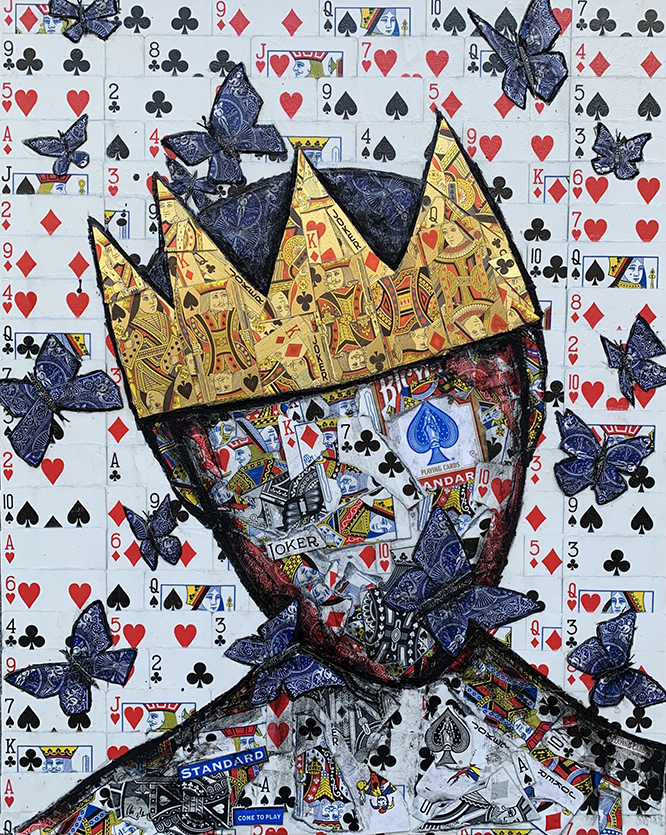 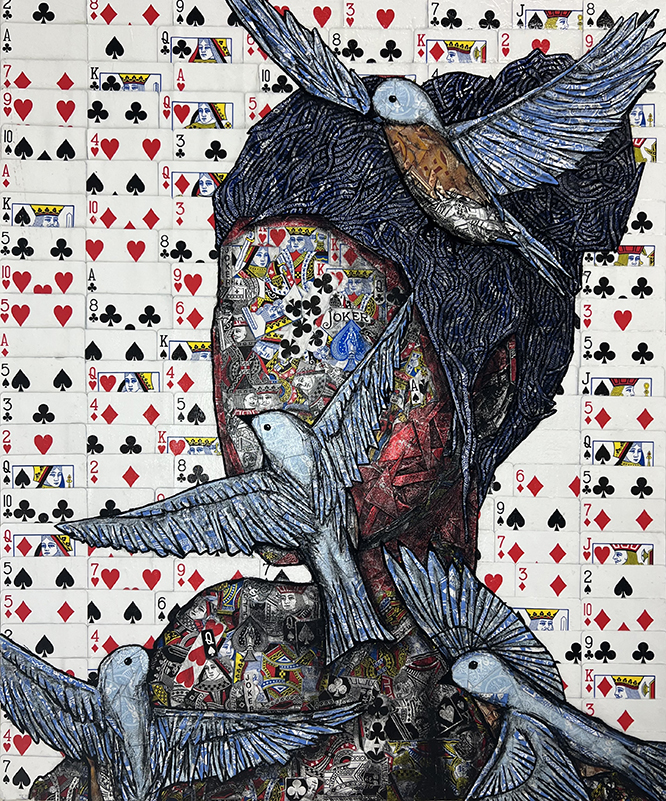 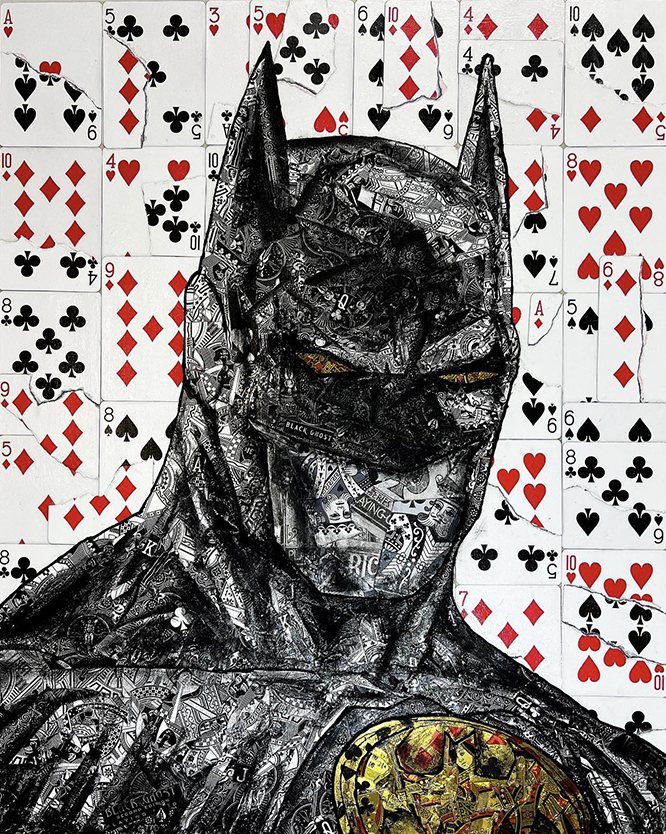 Publications to date include British GQ, Forbes, Glamour Magazine, Wall Street International, Oddity mag, Sloane Square Magazine, and many more.
Elmo has exhibited artwork in London, Paris, New York, Miami, Ibiza, Bahrain, and Munich throughout his career. His work was auctioned off at the Houses of Parliament.

Sat Sep 3 , 2022
There are countless bathroom design trends, each vying to be used as inspiration for your next decorating project. But the one that has never gone out of style is rustic. This organic, grounded aesthetic has a unique way of making any space feel warm and inviting, and what room is more […]